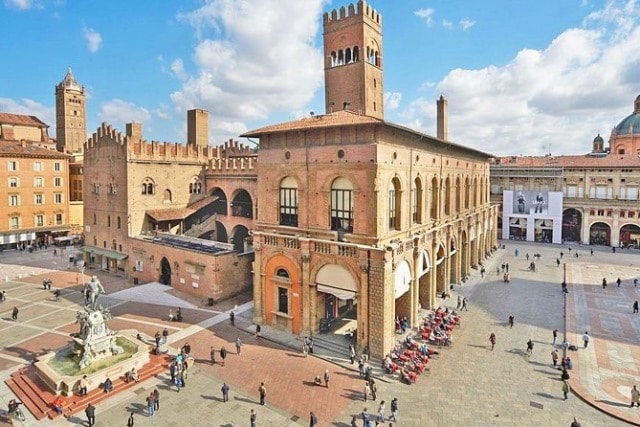 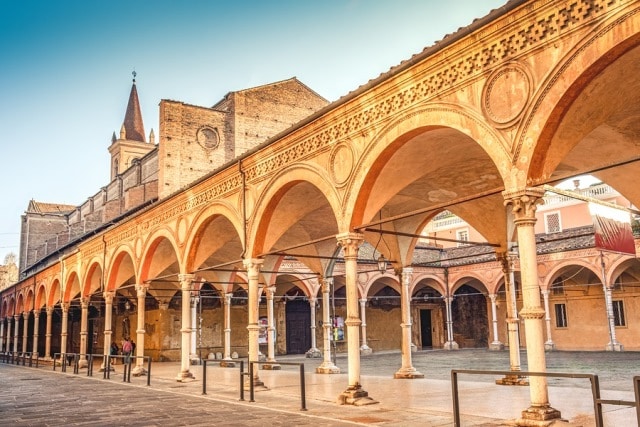 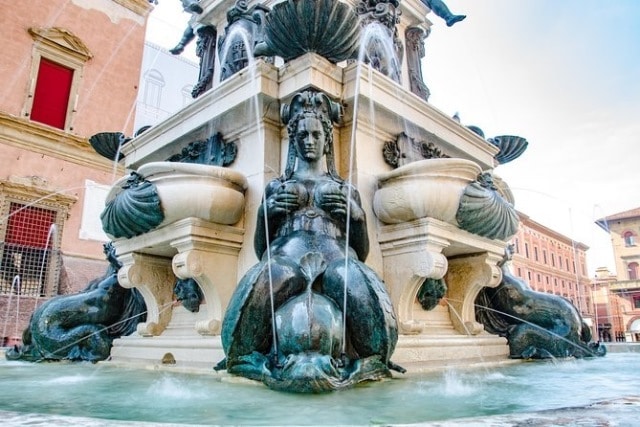 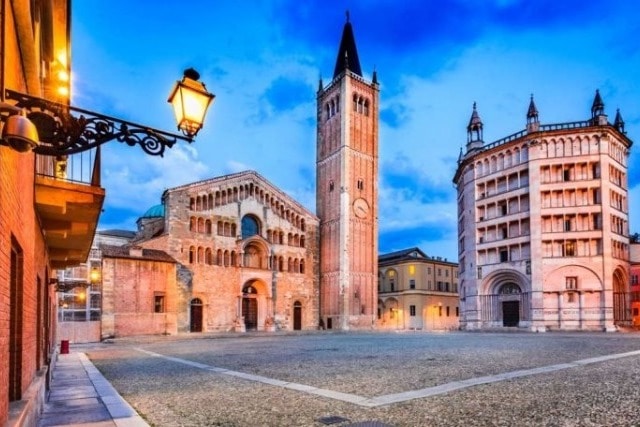 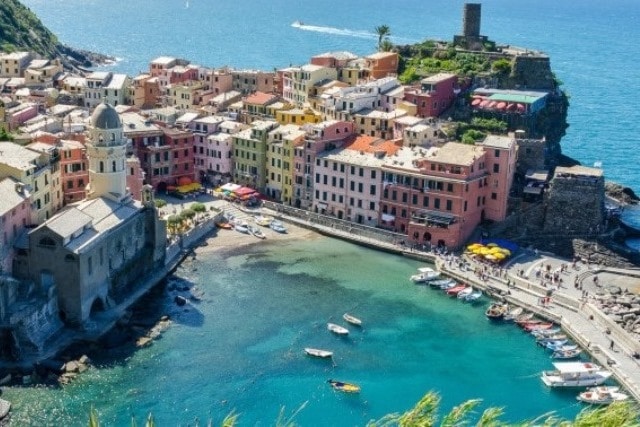 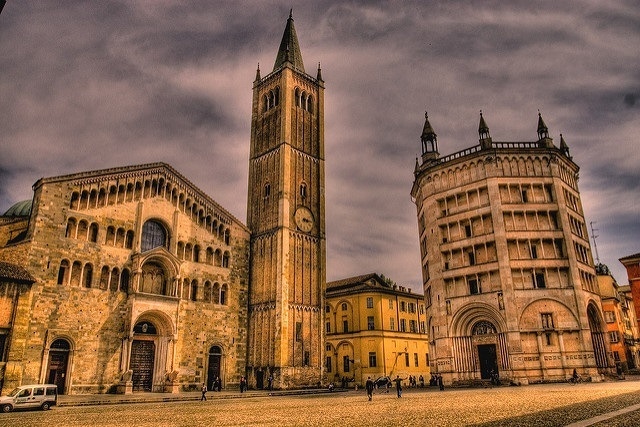 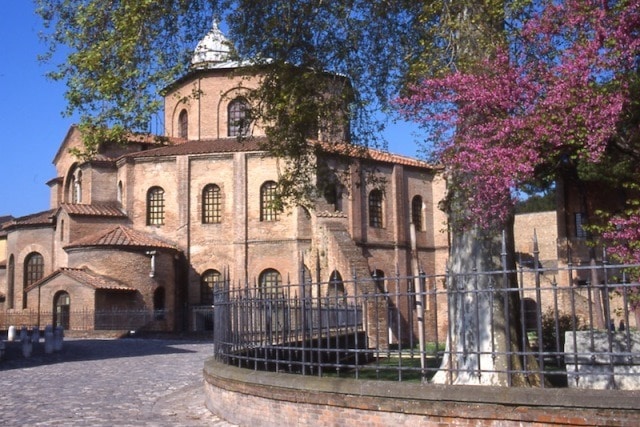 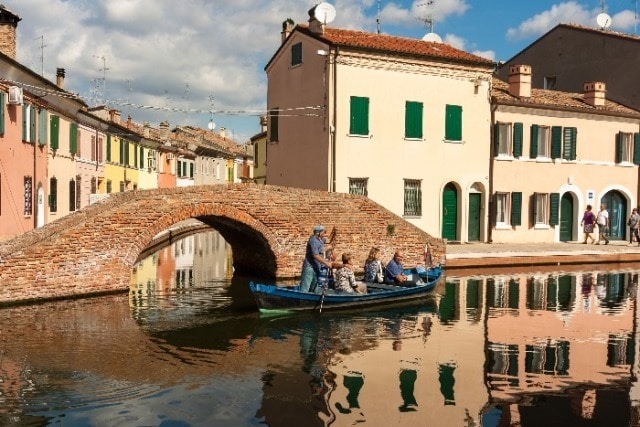 Our base for this fascinating Italian short break Riviera tour is the understated yet truly historic city of Bologna. Bologna’s series of atmospheric squares are linked by twisting alleys and tiny streets. You’ll also visit Parma, with its sublime cathedral home to the famed Palazzo della Pilotta, a huge complex of brick buildings, housing works by Correggio among others. And finally, Ravenna is nothing short of a masterpiece with a host of religious buildings, wonderfully adorned with superb early Christian paintings and the world’s finest mosaics. Together with the iconic culinary delights in this region: Parma ham, Parmesan cheese, balsamic vinegar, wild boar and truffles - this relaxing short escorted Tour of Bologna, Parma and Ravenna is a true recipe for success!

Day 1 - ARRIVAL IN BOLOGNA OR VENICE
You should arrive at the airport for your flight to Bologna or Venice where you will be met and transferred to the excellent quality four-star Hotel Internazionale, for four nights with breakfast. The hotel is centrally located on one of Bologna’s main shopping streets at the edge of its medieval centre, approximately a 15 minute walk away. The rooms themselves are modern, but with homely touches utilising tasteful fabrics, wood and marble, with all of the facilities you would expect including TV, air conditioning, safe and minibar. Bologna really is a food paradise so we have designed this holiday as bed and breakfast, leaving you free to enjoy a lovely evening meal in one of the many excellent restaurants – you will truly be spoilt for choice!

Day 2 - BOLOGNA & FERRARI MUSEUM
This morning we have a sightseeing tour of Bologna where you will come to fully admire this wonderfully attractive city. Beautifully maintained over the centuries, its original Roman street plan is still discernible. Twelve medieval gates encircled the historic centre and at Bologna’s heart is the majestic main square - the Piazza Maggiore. Surrounded by splendid Renaissance “palaces” and home to the enormous San Petronio, the world’s fifth largest Basilica, yet unfinished, its sponsors never achieving their ambitious goal of exceeding that of Rome’s St Peter’s! Adjacent is another beautiful square, Piazza del Nettuno, with a splendid statue and fountain dedicated to Neptune and surrounded by grandiose medieval civic buildings. One of Bologna’s many surprises is that it can ‘outdo’ Pisa, boasting not one but two medieval “leaning towers”! Of course one of Bologna’s ‘must sees’ is Europe’s oldest University – founded in 1068 its illustrious alumni include Dante, Copernicus and Marconi. Perched on a hilltop with splendid views across the city and the surrounding region, Sanctuary of the Madonna di San Luca is renowned for its extraordinary claim to fame, the world’s longest portico supported by no less than 666 arches leading to the edge of the historic city itself!

After the tour why not explore the maze of tiny alleys and streets lined by atmospheric food shops of every description, joining locals in sampling the world’s finest produce and soaking up some of the ambience yourself. Remember you are off the tourist trail here, so this enthusiasm is heartfelt and refreshing in its authenticity.

This afternoon, you can choose to explore Bologna further or to visit the Ferrari Museum in Maranello, dedicated to the brand synonymous with luxury, glamour and speed. ‘Live the dream’ and discover the history of legendary F1 cars and some of the most coveted supercars today. Have your photo taken in a Ferrari or try out a semi-professional F1 simulator (pre-booking advised).

Day 3 - PARMA
After breakfast we visit another of Emilia- Romagna’s underrated and enticing cities: Parma, a name synonymous the world over with wonderful Prosciutto and parmigiano reggiano (parmesan) cheese, yet a city almost untouched by tourism despite its immense charms. We enjoy a guided tour after which you can truly appreciate Parma’s historic buildings plus its culinary heritage. Pride of place is the impressive 12th century cathedral one of Italy’s finest Romanesque buildings – a wonder in its own right with stunning frescoes. This afternoon we take the short drive into the Apennine foothills where in bucolic villages set in rolling countryside, the ancient art of preparing the finest Prosciutto (Parma ham) is practised. Our destination is Langhirano, “capital of prosciutto”, visiting the Lanfranchi family who have been meticulously and lovingly preparing and maturing their hams for three generations – it’s a truly fascinating experience, after which we sample their handiwork of course!

Another treat awaits just outside Modena at the Acetaia Villa San Donnino, where the art of producing traditional balsamic vinegar, a craft as scientific as winemaking and noted across the globe, is still undertaken by local artisans. Here too, the passion of present day masters displaying great pride in upholding this magnificent tradition is enthralling and a tasting of the vinegar at the end of the visit is without doubt superb!

Day 4 - RAVENNA
Today we take the short drive, almost to the Adriatic coast, exploring little visited yet amazingly historic Ravenna – city of mosaics. An important Roman settlement, Julius Caesar gathered his forces here before famously “crossing the Rubicon” and in 402AD, after Rome’s fall it became the last capital of the Western Roman Empire then capital of Ostrogothic and Byzantine Italy. Thus by 700AD Ravenna became one of Europe’s most important cities of the era. Despite its turbulent history, Ravenna’s compact centre retains unique buildings spanning a period of 1500 years with no less than eight UNESCO World Heritage sites. To understand what makes Ravenna so special, we have a guided walking tour bringing these amazing buildings, their stunning mosaics and stories to life.

Day 5 - RETURN FLIGHT
Today at the appropriate time you will be transferred to the airport for your return flight.
Elsewhere in Europe similar quality art was created about 1,000 years later, so these wondrous treasures are all the more astonishing. After immersing yourself in the glories in this historic past, we return to Bologna for some free time and this evening choose a venue for your final dinner, when you can ponder the feast of delights sampled in this almost undiscovered region of Italy.

Departing 25th April 2022 from London Gatwick: £779 per person based on two people sharing a twin room. Sole occupancy rooms are subject to availability at the relevant supplement.

Various other dates available throughout Summer 2022 so please enquire for availability and prices!

Please note you can view our full terms and conditions at www.travel-pa.com/termsandconditions where you will find our Cancellation and Amendment policy as well as Complaints procedure when overseas.

Payments can be made by Cheque, Credit, Debit cards or via bank transfer using BACs payments.

Enquire About this Holiday